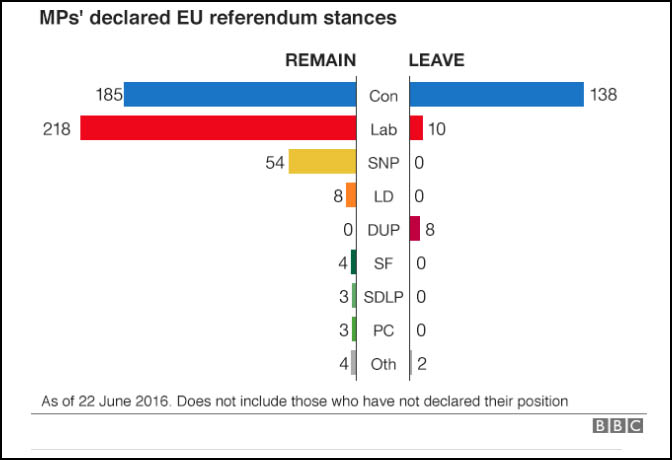 It’s intriguing that, on the day the Article 50 letter is delivered, the loudest voices around the kind of Brexit we’ll get are still those of the hardliners. Perhaps this is not surprising, given PM May’s strategy of aligning herself with them prior to the start of negotiations, and the position of the rabid right-wing press.

But at the end of the day, Brexit is an internal battle for the Tories, coupled with a political strategy for neutering the UKIP threat, at least in Tory-oriented territory. What seems to have been forgotten is the strong pro-EU balance among, not just MPs in general, but Tory MPs specifically.

Here’s a breakdown of the UK MPs position re Brexit in 2016, PRIOR to the Brexit vote on June 23rd:

Amongst these 185 remain Tories is Theresa May herself. So why would she be pushing for a hard brexit, as so many red tops and Kippers seem to think? The answer, of course, lies in the positions to be taken at the start of negotiations. These, in the UK government’s case, have little to do with the destination of these negotiations, but everything to do with giving EU negotiators much of what they want. A hint of this strategy was revealed in a Spectator editorial from December 2016. To quote:

Britain… has decided to press ahead with plans to join an EU-wide patent system. This is a major overhaul, requiring UK courts to give up jurisdiction over patents, pooling sovereignty with the rest of Europe….We might be witnessing the first example of Mrs May’s Brexit strategy — to leave the EU, but opt into the agreements that we find agreeable. The price for this would be to accept the supremacy of the European Court of Justice, something that had been considered off the agenda. But on patents, at least, Mrs May’s government has planned to accept the ECJ’s writ.

In other words, sector by sector, the UK government will aim to negotiate agreements that essentially mean paying the EU for access to these sectors, and under EU jurisdication. This will prove expensive, and will require giving up “sovereignty” to the extent that, following the Great Reform Bill, the UK parliament will be required to enact UK legislation in these areas that mirrors EU law.

All of this will probably be sellable to the Brexit mob with a little smoke and mirrors about all laws being passed at Westminster. But what of the EU? What cannot be seen to come to pass is the cherry picking that threatens membership’s raison d’etre. Even Norway is required to accept the free movement of peoples in order to gain paid access to the single market. How will the UK government get round this sticking point?

The obvious route is to pick up on ex-PM Cameron’s negotiated deal prior to the referendum, but simply try to nail the same deal from the outside rather than from the inside of the EU. That deal, which limited EU migrants’ rights to a range of welfare benefits for the first 4 years, could well re-appear in another form as part of the final Brexit agreement, seen on one side as limiting immigration, and on the other as confirming the right to the free movement of peoples. But the key to a final agreement lies in PM May’s real wishes, Looking at the political numbers, and despite the rhetoric, they do not seem to be hard Brexit.

All this has obvious repercussions for the situation in Scotland. Not for nothing is May arguing that a second referendum should be called only once the final details of the Brexit deal are known. My strong suspicion is that May is going to aim for a soft Brexit that would outflank the SNP’s position of offering voters in Scotland a choice between full membership and no EU access. A soft Brexit, a sort of neo-Norway model, is attractive to Scottish voters, including many YESers who voted to leave the EU. My advice to Nicola Sturgeon would be to keep your powder dry, and accept that we should wait until the details of the deal are known before actually calling IndyRef2.

It might well be that the EU cannot accept, yet again, a privileged position for an outside UK, after years of insider privileges. But if a deal is struck, to be magnanimous in accepting a soft Brexit would essentially confirm the Scottish government’s position set out in the Scotland’s Place in Europe paper. The reasoning behind IndyRef2 is gone. The Scottish government needs to remain open to both outcomes, and make more of the distinction between having the power to call a referendum, and actually calling it. 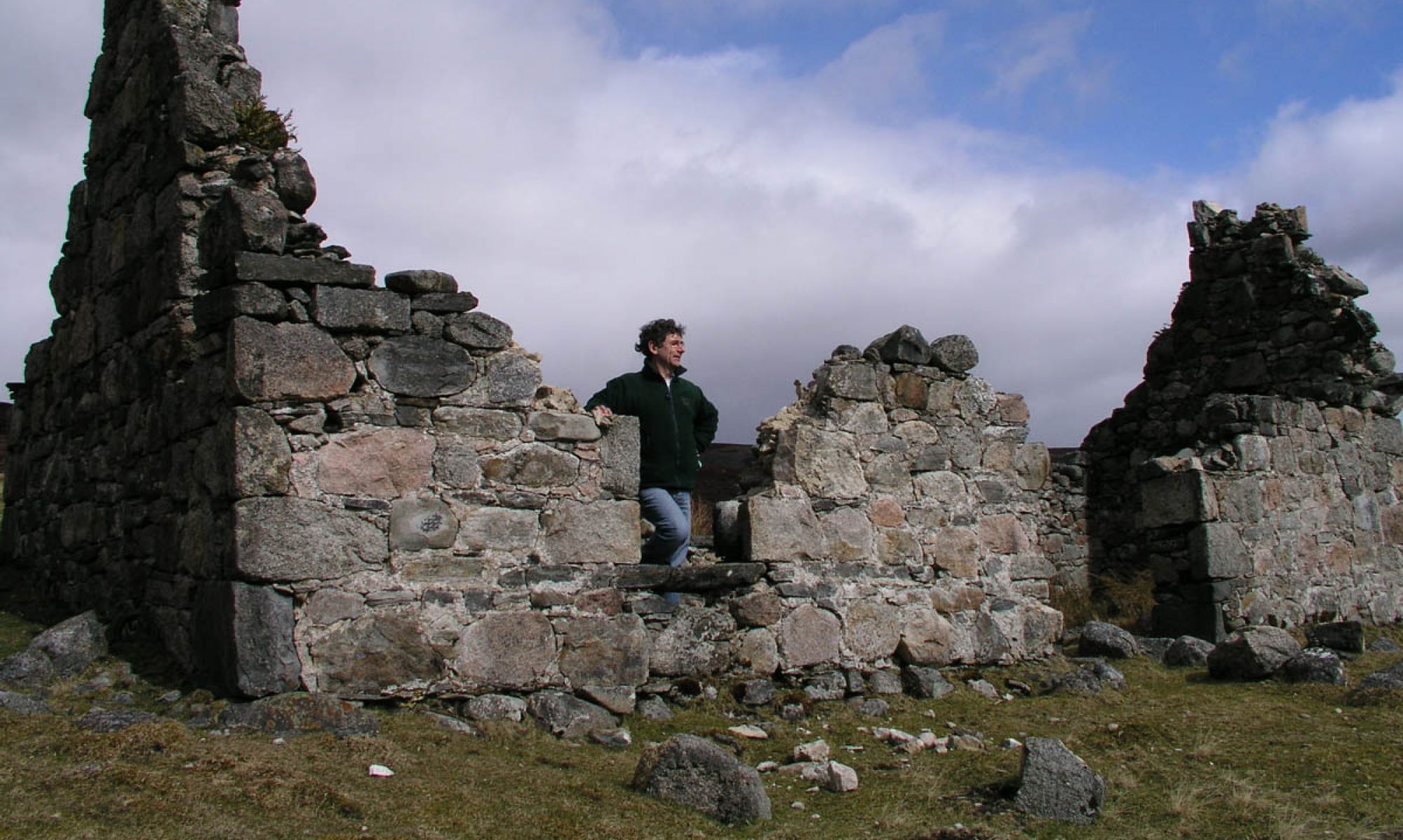 There comes a time when too many thoughts, too much analysis, fills your head, and you just have to find a way to get it all out. Squabbling online with various trolls has proven less than satisfactory, so here goes with another personal blog to add to the millions out there.

It won’t be specific. There’s the name Grassick that I’ve occasionally researched, there’s the politics, there’s Scotland, there’s cycling advocacy, there’s the Green Party, and there’s Hibs. But there’s also the European wanderings, whether in Provence or Bremen or Lanzarote, there are the ever-widening family connections from Spain to Norway. How that European identity survives Brexit is one of these political and personal pre-occupations.

For now, my sense of my roots takes me back to Scotland and the ongoing struggle for independence. The photo at the top of this post is the ruin that was once my ancestors’ home. Located just west of Bridge of Brown on the old Tomintoul road. As far as I can tell, they lived there until the Highland Clearances sent my great-great grandfather James Grassick south to Edinburgh in search of work, sometime around 1860.

But this 2017, so most of this blog is about today and the future. What will we, my generation, the baby boomers, be leaving for our kids? We have a hell of a lot to answer for.